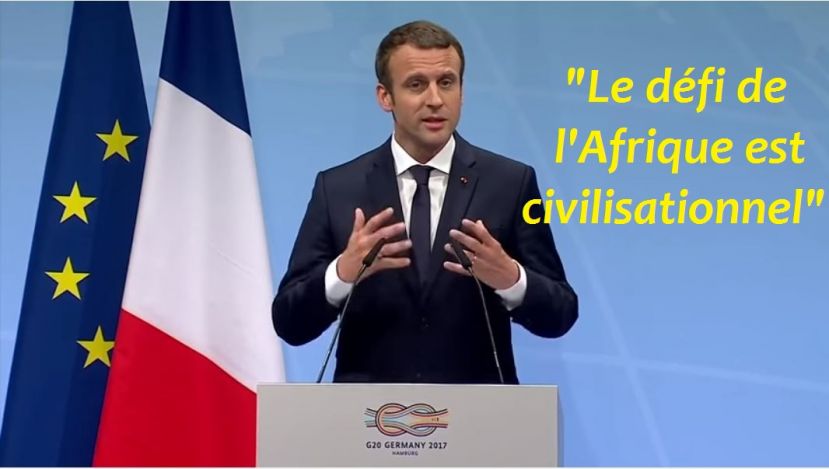 French President Emmanuel Macron has called for "reconciliation" of the ways former colonisers and colonised remember the past but ruled out reparations. Macron toured three African countries, two of them former French colonies, last week and is soon to visit Algeria.

In a TV interview recorded while he was in Ghana on Thursday, Macron told a young Frenchwoman of Congolese origin that it would be "totally ridiculous" for France to "pay a subsidy, or recognise, or compensate" for colonialism.

"In terms of mentality, it's not a way to build a future," he added.

"However, so that [the woman] can fully create herself, have a place, there must be a reconciliation of memories ...," he went on. "That is to say that in French memory, in the history of France, as in the history of Africa, we have to speak of the black pages, as of the glorious pages".

He cited as an example of the slavery museum opened on the French West Indian island of Guadeloupe in 2015, claiming that it "allows the recognition of slavery" and its role both in France's overseas territories and in Africa.

"I have often said neither denial nor repentance," Macron said. "We must look things in the face, it is our common history."

In Burkina Faso, on the first leg of his tour, Macron told an audience of students that the crimes of European colonialism are "indisputable".

While visiting Algeria during this year's presidential election, he called the French colonisation of Algeria a crime against humanity but added that there had been "some great things and some happy stories" in that period of history.

In Abu Dhabi on Sunday the French president met Crown Prince Mohammed bin Zayed and agreed to "continue efforts" "bring stability back to Libya and struggle against all trafficking", in particular "the criminal people-trafficking networks that violate human rights", a statement said. (RFI)