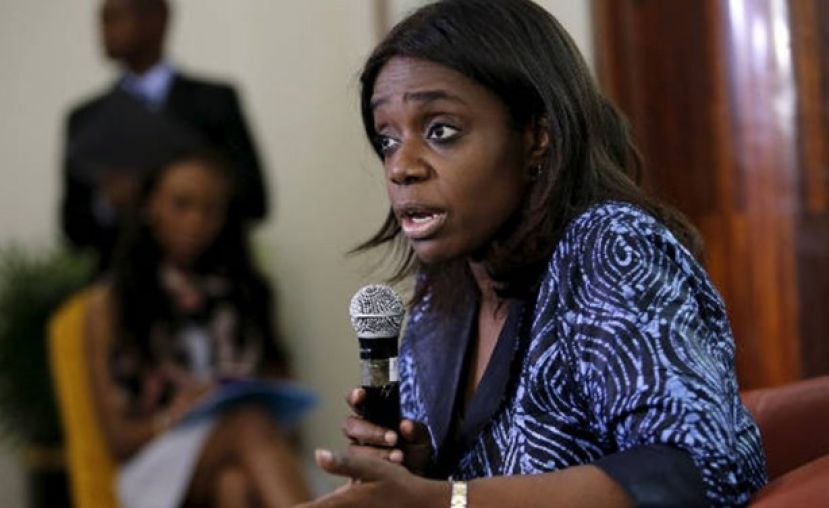 The Peoples Democratic Party (PDP) has charged President Muhammadu Buhari to immediately sack and arraign his minister of finance, Mrs Kemi Adeosun, for alleged forgery of her National Youth Service Corps (NYSC) certificate. The opposition party added that President Buhari should not provide a cover for Adeosun in the character of his Presidency whenever close allies or agents are found wanting on issues of alleged corruption.

A statement by the party, signed by its national publicity secretary, Kola Ologbondiyan, said the recent revelation has cast a full-length dark shadow on the overall integrity of this administration.

The PDP challenged "President Buhari to prove himself a man of integrity by allowing an open system-wide and independent inquest into all alleged corrupt practices in his presidency.

"We challenge President Buhari to be bold to allow an open independent inquest into the exact figures amounting to the trillions of naira oil revenue earned by the nation in the last three years and how he had spent same with Mrs Adeosun as minister of finance."Mr President should also allow an open inquest into his handling, with Mrs Adeosun, of all our depleted foreign financial instruments, including the Excess Crude Account (ECA), from which funds were taken without recourse to the National Assembly.

"President Buhari should also allow an inquest into his administration's borrowing of over N10 trillion in 30 months, with Mrs Adeosun as minister of finance and the purposes for which the money was used.

"Furthermore, we challenge President Buhari to allow an inquest into the leaked memo at the Nigeria National Petroleum Corporation (NNPC) showing N9 trillion corrupt oil contracts as well as the alleged stealing of N1.1 trillion worth of crude oil, all in a sector under his direct purview as minister of Petroleum.

"We also demand for an open investigation into the N18 billion Internally Displaced Persons (IDP) intervention fund and the N10 billion National Health Insurance Scheme (NHIS) alleged to have been stolen from the Treasury Single Account (TSA) by APC officials and Presidency cabal.

"Finally, the PDP urges Nigerians to note the colossal corruption under President Buhari's watch and hold him directly responsible for all the calamities that have befallen our nation in the last three years," the party said.

Read 1301 times
Tweet
Published in Zoom News
More in this category: « It's official! Nigeria is the most stylish team at the World Cup Kenyans Kill Giant Crocodile to Look for Girl's Body »