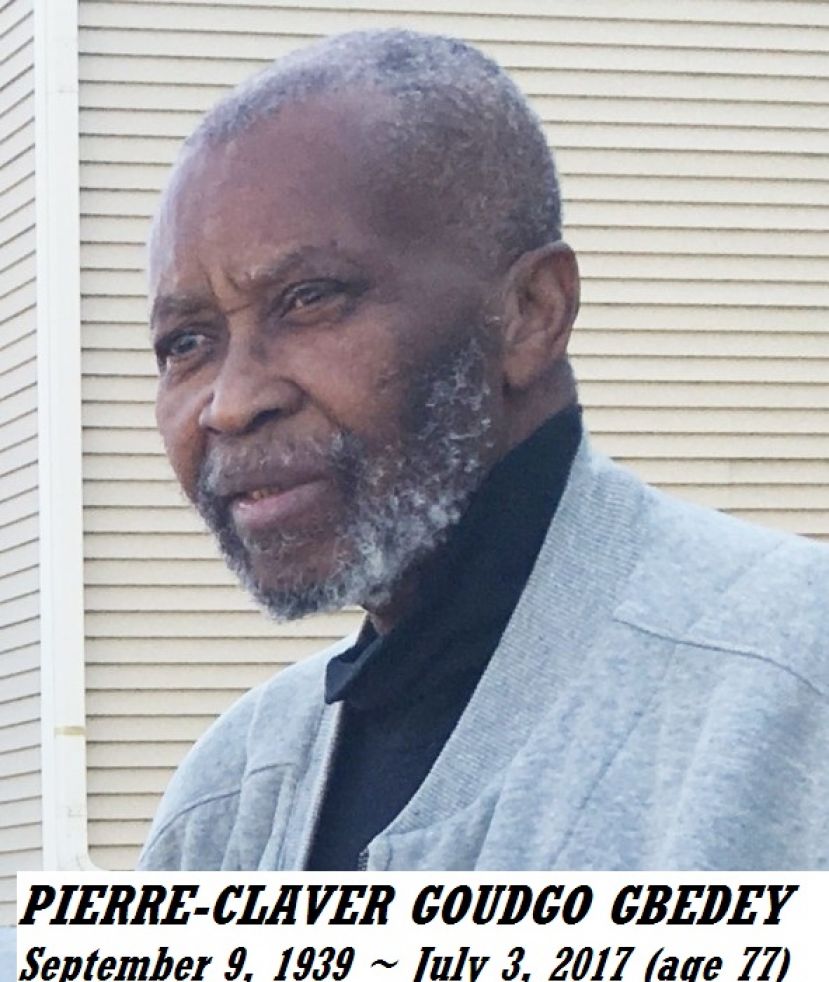 Pierre-Claver Goudjo Gbedey, age 77, passed away peacefully at home on Monday, July 3, 2017.  He was born on September 9, 1939 in Lome´, Togo, West Africa.  He spent his childhood in Lome´, and was educated in Cannes and Nice, France, where he also played semi-professional soccer.  In 1973 he joined his wife Elinor Carstens in Madison, WI.

Pierre impacted Madison through his various interests:  he coached and played with Dynamos Soccer Team and was inducted into the Wisconsin Soccer Hall of Fame; as DJ Captain Juju, he hosted the radio show Tropical Rhythms on WORT; he shared his love of music with Madison by bringing live acts representing the African Diaspora; Pierre owned and operated the African boutique Vision d’Afrique, and the restaurant Le Baobob-Chez Pierre on Willy Street; he was a founding member of the African Association of Madison for which he was a past president; he was a founding member of the Togolese Association in Madison for which he also served as president.

He is survived by his wife, Elinor; children, Gerard (Camille), Nestor, Françoise and Catherine; grandchildren, Dominique, Khaleel, Mekhi, Gehrmayne, Cajla, Eden, Jordan, Junior and Miles; and also many siblings, relatives and loved ones in the U.S., France, Germany and West Africa, including his nephew, Late´ “Momo” of Madison.