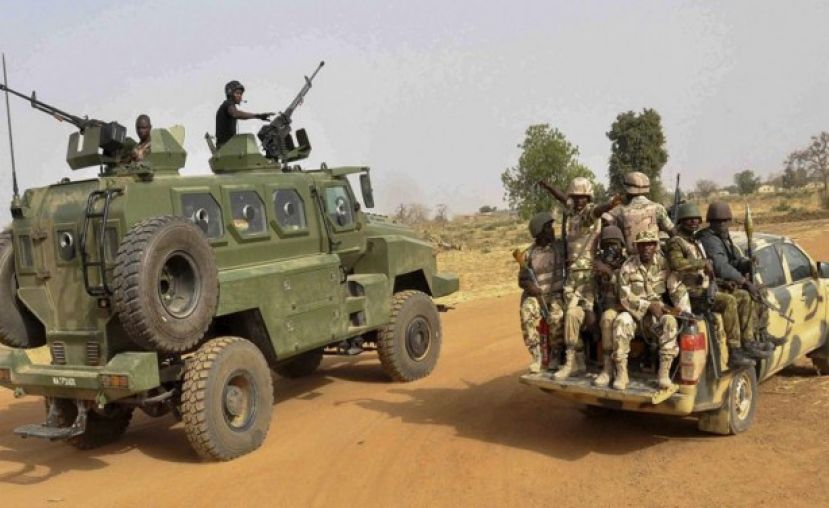 The Nigerian Army declared at the weekend that it has completely defeated the Boko Haram insurgents.

The Theatre Commander of Operation Lafiya Dole, Maj-Gen Rogers Nicholas, stated this during the inauguration of the Nigeria-Cameroun Military Joint Mission in Maiduguri.

He disclosed that his troops under the operation Deep Punch II last Friday dislodged and occupied the insurgents' tactical ground, 'Camp Zairo'.

He noted that hundreds of insurgents surrendered and several others fled their enclave, while over 100 civilians were rescued.

Nicholas said, "My soldiers are in the heart of Boko Haram enclave, which is 'Camp Zairo'. The gallant troops have taken total control of Sambisa Forest.

We have broken the heart and soul of Shekau's group, taking over the camp and its environs.

"They are on the run and we are pursuing them to wherever they go. This time around there is no place for escape anywhere. We had earlier asked those of them that wanted to surrender to do so and we are still asking them to come out and surrender; otherwise they are going to meet it the hard way".

He called on the insurgents and abducted persons in the bush to come out and surrender to the troops, assuring that they would not be harmed or killed.

Commenting on the meeting, Nicholas said the collaboration between the Nigerian and Cameroonian forces is critical to the successful completion of the counter-insurgency campaign.

"We share information and intelligence to enable us map out strategies to fight Boko Haram insurgents in our common borders", he added.

On his part, the Head of Cameroonian military delegation, Brig- Gen Djonkep Fredrick, said the collaboration would strengthen military ties to enable Nigeria and Cameroun win the war against insurgency.