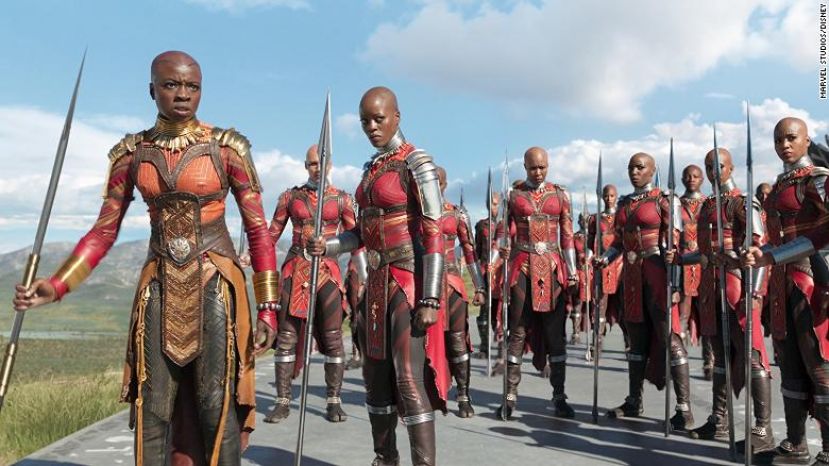 Lagos, Nigeria (CNN) A first time collaboration between an American TV production studio and Nollywood has been announced.

Sony Pictures Television will co-develop three TV projects -- including a series on a 19th-century all-female African force -- with Nigerian network EbonyLife, one of the biggest TV networks on the continent.
The announced TV show is inspired by the story of the Dahomey Warriors, an all-female West African military group.
It will be set in the Kingdom of Dahomey and tell the story of how the women protect their nation.

In a statement Mo Abudu, Chief Executive Officer, said, "Our vision has always been to change the narrative about Africa and to tell our stories from our perspective."

Nigerian filmmaker Femi Odugbemi applauded the deal. He told CNN, "It's the first time I think a global company, or a company with a global footprint, is coming to the table, not just to give crumbs but to actually to try to collaborate in a way that expands opportunity for creating (stories) of African descent."

The deal comes after a boom in interest for African stories in TV and Film.
Marvel's "Black Panther," set in a fictional African nation Wakanda, has been major global hit smashing the $1 billion box office mark. The film features an all-female force, the Dora Milaje.
African stories
EbonyLife was founded in 2013 and produces television dramas and series for an Anglo-African audience.
It has also recently branched out into movie-making with productions such as "The Wedding Party," in 2016 and "Royal Hibiscus Hotel," which was recently picked up for distribution by Amazon.

In a press release, Wayne Garvie, President of International Production at Sony Pictures Television said, "Our aim is to help Ebony Life create a portfolio of African content that will fulfil their aim of being one of Africa's prime creator of premium content."

African-inspired movies, like "Black Panther," have proven popular amongst fans and many critics, breaking new ground for the entertainment industry's big players.

The partnership between Sony Pictures and EbonyLife could change the landscape for African storytelling, Odugbemi said.
"The content is based on something empowering," Odugbemi said. "The stories are places of inspiration that allow a generation to find its own purpose and build on its history and its past."  CNN